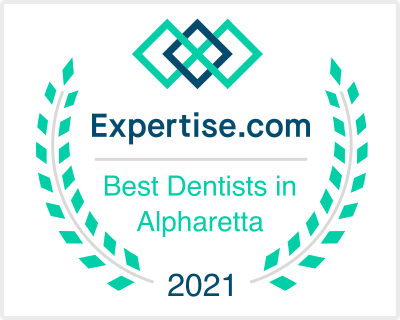 Alpharetta ranks among one of the top 25 places to live in the entire country as per Money Magazine. Alpharetta is also known as the Technology city of the South due the large number of tech focussed companies that are located here.

Living in Alpharetta or nearby towns offers residents a suburban feel and have access to a number of restaurants, coffee shops, and parks. The public schools in Alpharetta are highly rated in the state. The overall crime rate is very low which makes it one of the safest places to live in Atlanta.

Here are our favorite places to eat in Alpharetta:

Here are some of our favorite Indian grocery stores in Alpharetta to shop:

Our dentist offers cosmetic dentistry to help you achieve the smile of your dreams.

Are you missing teeth? You could be a candidate for dental implants. Contact us today.

Our dentist provides dental bridges to close the gaps in your smile and restore your oral health.